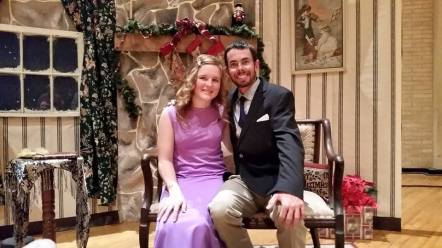 Rachel Watts and Kenny Bob Tapp (engaged to be married)

Originally posted on facebook via Tapp into Common Sense

I am very pleased to endorse Randy Brogdon for Oklahoma Republican Party State Chair! I have known Randy and Donna for many years and am blessed to count them both friends.

I remember my Dad and I sat down with then Senator Randy Brogdon quite a few years ago and visited on the criteria he used on considering legislation dealing with issues he may not be familiar with. I remember Randy’s response. Randy said he would look at it as any issue and would ask one question; “Does the legislation take away freedom or give freedom to the issue or individual it is dealing with?”

Following Randy for many years I have always been impressed with his willingness to listen and work with others rather than bulldozing through to accomplish a goal.

I believe it is vital that our next State Chairman has the important quality a leader needs—listening. Randy strongly believes that our Republican Party is built by the Grassroots from the bottom up, not to be run from the top down.